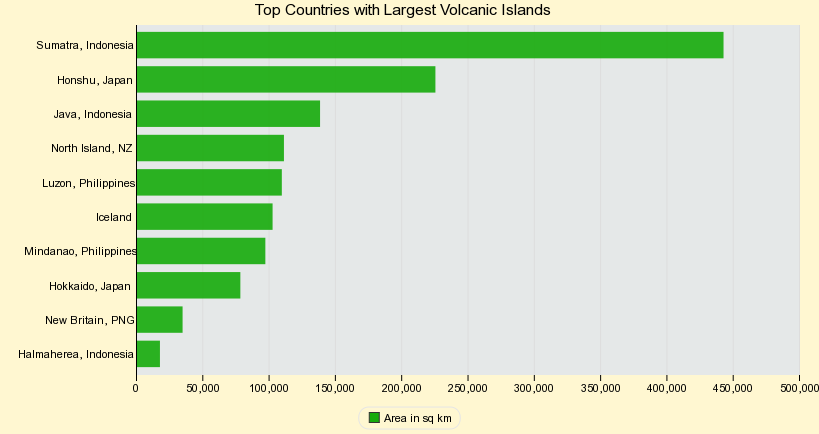 An island or isle is any piece of sub-continental land that is surrounded by water.Very small islands such as emergent land features on atolls can be called islets, skerries, cays or keys. An island in a river or a lake island may be called an eyot or ait, and a small island off the coast may be called a holm. A grouping of geographically or geologically related islands is called an archipelago.

An island may be described as such despite the presence of an artificial land bridge, for example Singapore and its causeway, or the various Dutch delta islands, such as IJsselmonde. Some places may even retain "island" in their names for historical reasons after being connected to a larger landmass by a wide land bridge, such as Coney Island and Coronado Island, though these are strictly tied islands.

There are two main types of islands in the sea: continental islands and oceanic islands. There are also artificial islands.

A volcanic arc is a chain of volcanoes formed above a subducting plate,positioned in an arc shape as seen from above. Offshore volcanoes form islands, resulting in a volcanic island arc. Generally, volcanic arcs result from the subduction of an oceanic tectonic plate under another tectonic plate, and often parallel an oceanic trench. The oceanic plate is saturated with water, and volatiles such as water drastically lower the melting point of the mantle.

Top 18 Largest Earthquakes in the World in Differen ...