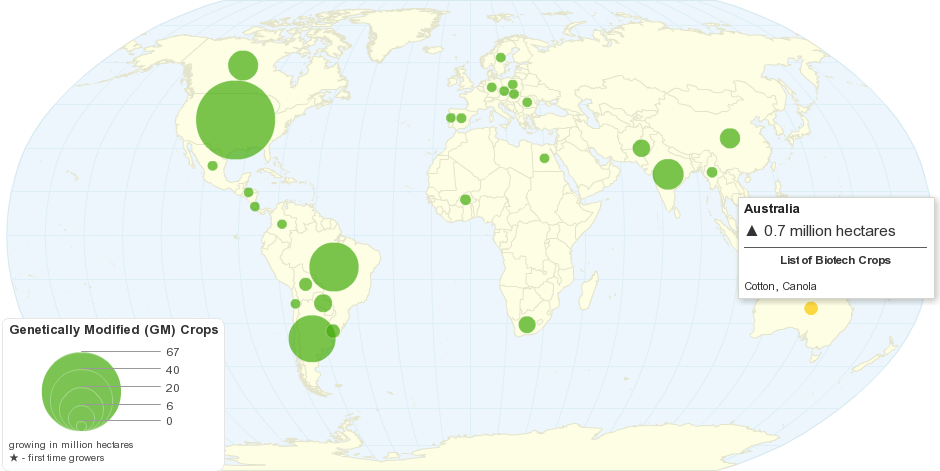 As recently as a decade ago, Genetically Modified (GM) agriculture was virtually non-existent, but has since expanded rapidly, both in terms of total area planted and the number of countries involved. GM crops is the fastest adopted crop technology,  80-fold increase  from 1996 to 2010, year-to-year growth  of 9 million hectares or 7%.

What is Genetically Modified (GM) crops?

For example (Deborah B. Whitman 2000), plant geneticists can isolate a gene responsible for drought tolerance and insert that gene into a different plant. The new genetically-modified plant will gain drought tolerance as well. Not only can genes be transferred from one plant to another, but genes from non-plant organisms also can be used. The best known example of this is the use of B.t. genes in corn and other crops. B.t., or Bacillus thuringiensis, is a naturally occurring bacterium that produces crystal proteins that are lethal to insect larvae. B.t. crystal protein genes have been transferred into corn, enabling the corn to produce its own pesticides against insects such as the European corn borer.

For more information about GM crops please follow the reference link below.