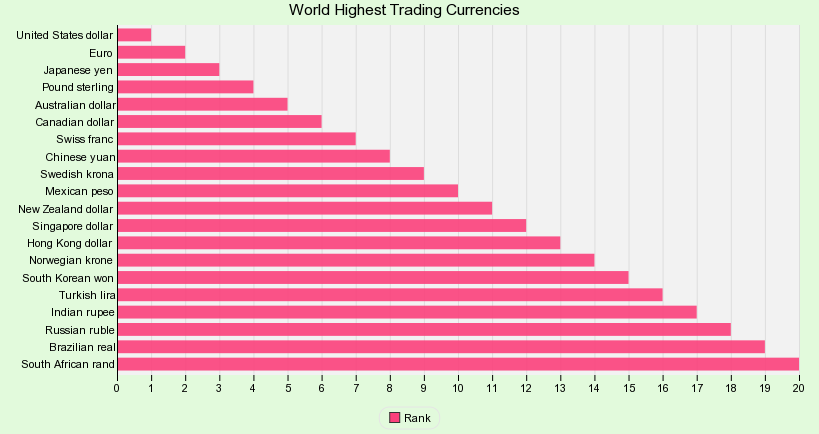 A currency in the most specific use of the word refers to money in any form when in actual use or circulation as a medium of exchange, especially circulating banknotes and coins.A more general definition is that a currency is a system of money in common use, especially in a nation.

Under this definition, US dollars, British pounds, Australian dollars, and European euros are examples of currency. These various currencies are recognized stores of value and are traded between nations in foreign exchange markets, which determine the relative values of the different currencies. Currencies in this sense are defined by governments, and each type has limited boundaries of acceptance.

Trade, or commerce, involves the transfer of the ownership of goods or services, from one person or entity to another, in exchange for money, goods or services. A network that allows trade is called a market.

The original form of trade, barter, saw the direct exchange of goods and services for other goods and services.Barter is trading things without the use of money. Later one side of the barter started to involve precious metals, which gained symbolic as well as practical importance. Modern traders generally negotiate through a medium of exchange, such as money.

The advantages of paper currency were numerous: it reduced the need to transport gold and silver, which was risky; it facilitated loans of gold or silver at interest, since the underlying specie never left the possession of the lender until someone else redeemed the note; and it allowed a division of currency into credit and specie backed forms. It enabled the sale of stock in joint-stock companies, and the redemption of those shares in paper.