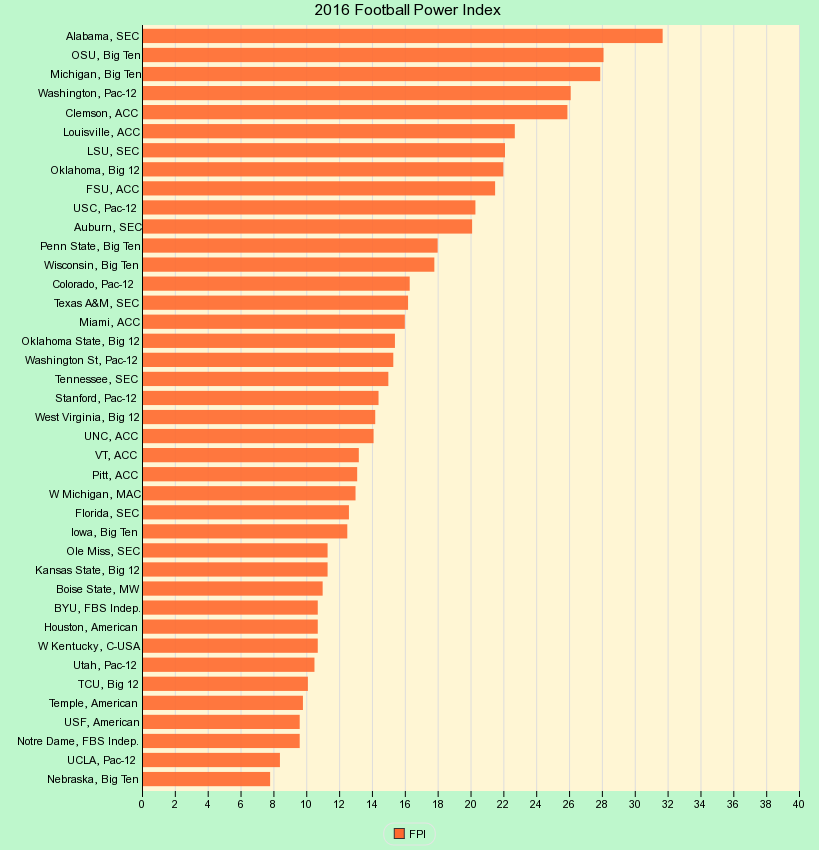 Football is a family of team sports that involve, to varying degrees, kicking a ball with the foot to score a goal. Unqualified, the word football is understood to refer to whichever form of football is the most popular in the regional context in which the word appears. Sports commonly called 'football' in certain places include: association football; gridiron football; Australian rules football; rugby football;and Gaelic football.These different variations of football are known as football codes.

The various codes of football share certain common elements: Players in American football, Canadian football, rugby union and rugby league take up positions in a limited area of the field at the start of the game. They tend to use throwing and running as the main ways of moving the ball, and only kick on certain limited occasions. Body tackling is a major skill, and games typically involve short passages of play of 5–90 seconds.

A sports rating system is a system that analyzes the results of sports competitions to provide ratings for each team or player. Common systems include polls of expert voters, crowdsourcing non-expert voters, betting markets, and computer systems. Ratings, or power ratings, are numerical representations of competitive strength, often directly comparable so that the game outcome between any two teams can be predicted.

Rankings, or power rankings, can be directly provided , or can be derived by sorting each team's ratings and assigning an ordinal rank to each team, so that the highest rated team earns the #1 rank. Rating systems provide an alternative to traditional sports standings which are based on win-loss-tie ratios.