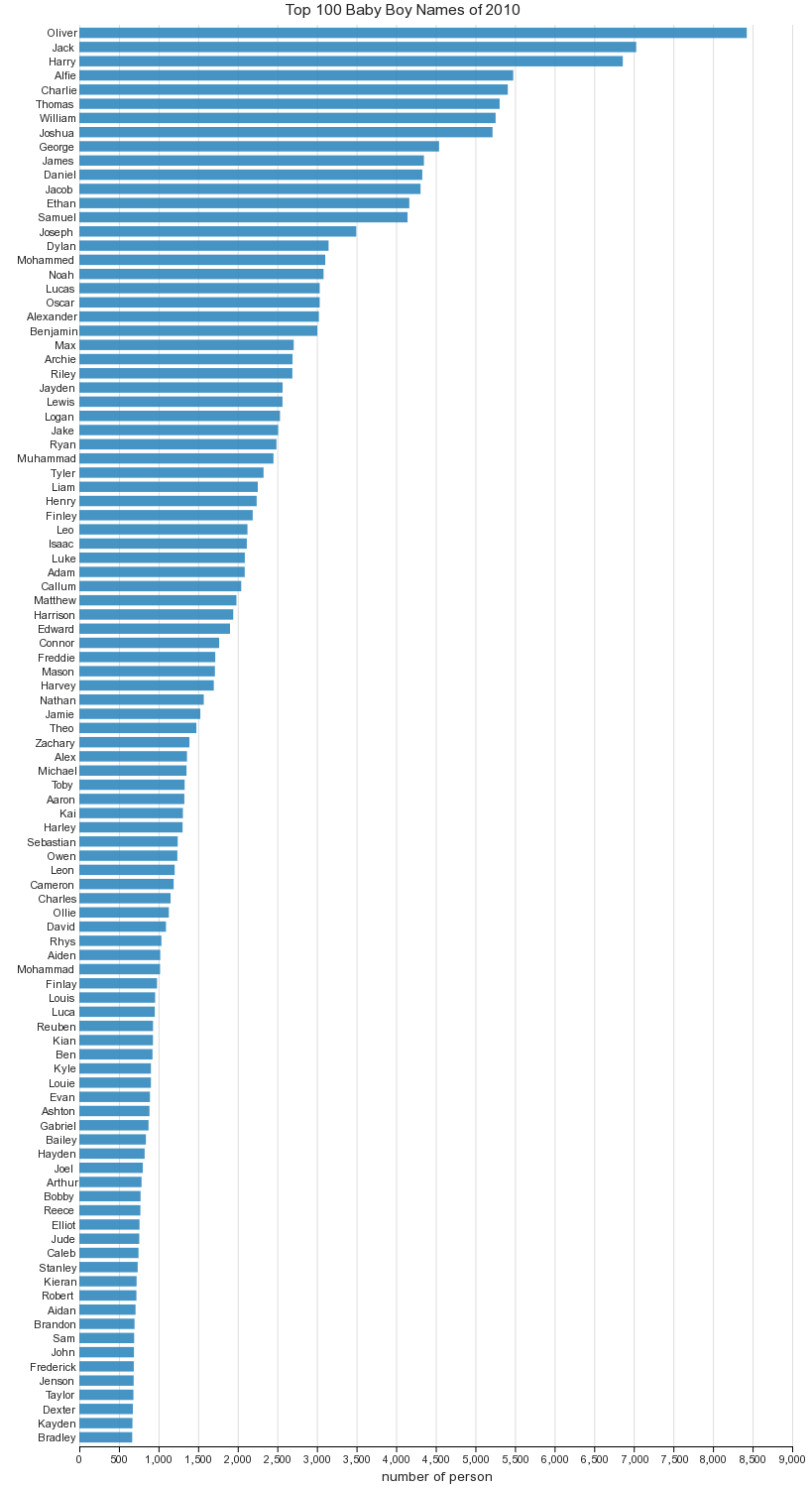 This chart shows top 100 baby boy names in England and Wales through 2010.

Oliver retained the top spot this year, with Jack still the second most popular baby name. Charlie rose two places to number five, William climbed up one to number seven and George re-entered the top 10 at number nine, up from eleven last year. James fell one place to ten and Joshua dropped three places to number eight. Other non-movers in the top 10 were Harry, Alfie and Thomas.