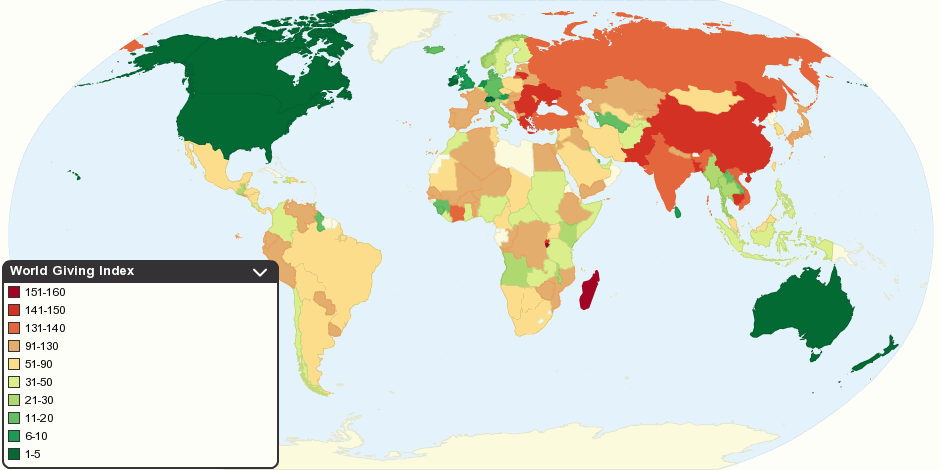 What is the World Giving Index?

How is the World Giving Index calculated?

Charities Aid Foundation (CAF) used data from Gallup's WorldView World Poll (worldview.gallup.com) which is an ongoing research project carried out in 153 countries that together represent around 95% of the world's population. The survey asks three questions on charitable behaviour.

Respondents are over 15 years old and samples are probability-based.Surveys are carried out by telephone or face-to-face depending on the country's telephone coverage.

There is no single method to evaluate the contribution of individuals to society can be perfect. Different stakeholders will have different views on what data should be included and how it should be treated. The aim of this report has been to bring to light, for the first time, a truly global and credible dataset that gives an understanding of this vital subject in a robust, yet straightforward way.