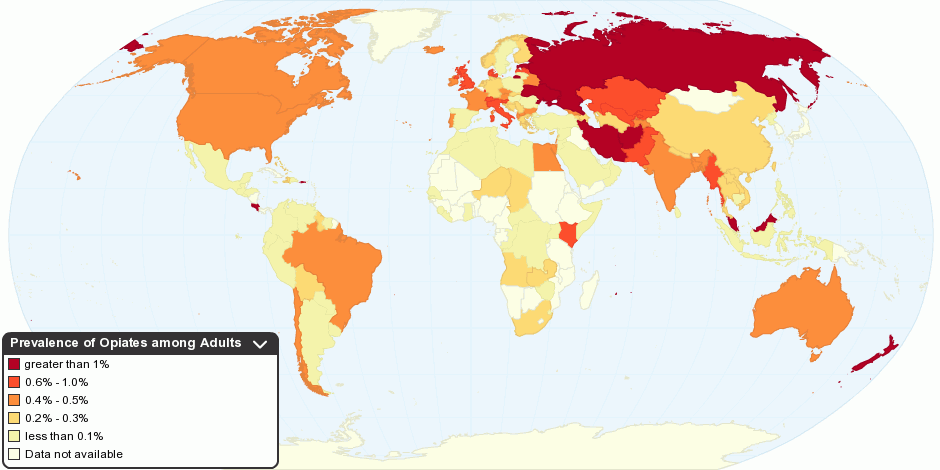 Worldwide, more than 15 million people consume illicit opiates (opium, morphine and heroin). The large majority use heroin, the most lethal form. More users die each year from problems related to heroin use, and more are forced to seek treatment for addiction, than for any other illicit drug. Among illicit narcotics, opiates are also the most costly in terms of treatment, medical care and, arguably, drug-related violence. In addition, heroin is the drug most associated with injection, which brings about a host of acute and chronic health problems, including the transmission of blood-borne diseases such as HIV/AIDS and Hepatitis C. In Central Asia, Ukraine and the Russian Federation, injecting opiates is linked to nearly 60-70% of all HIV infections.

For more information please follow the reference link below.

Rate of Drug Abuse in the world